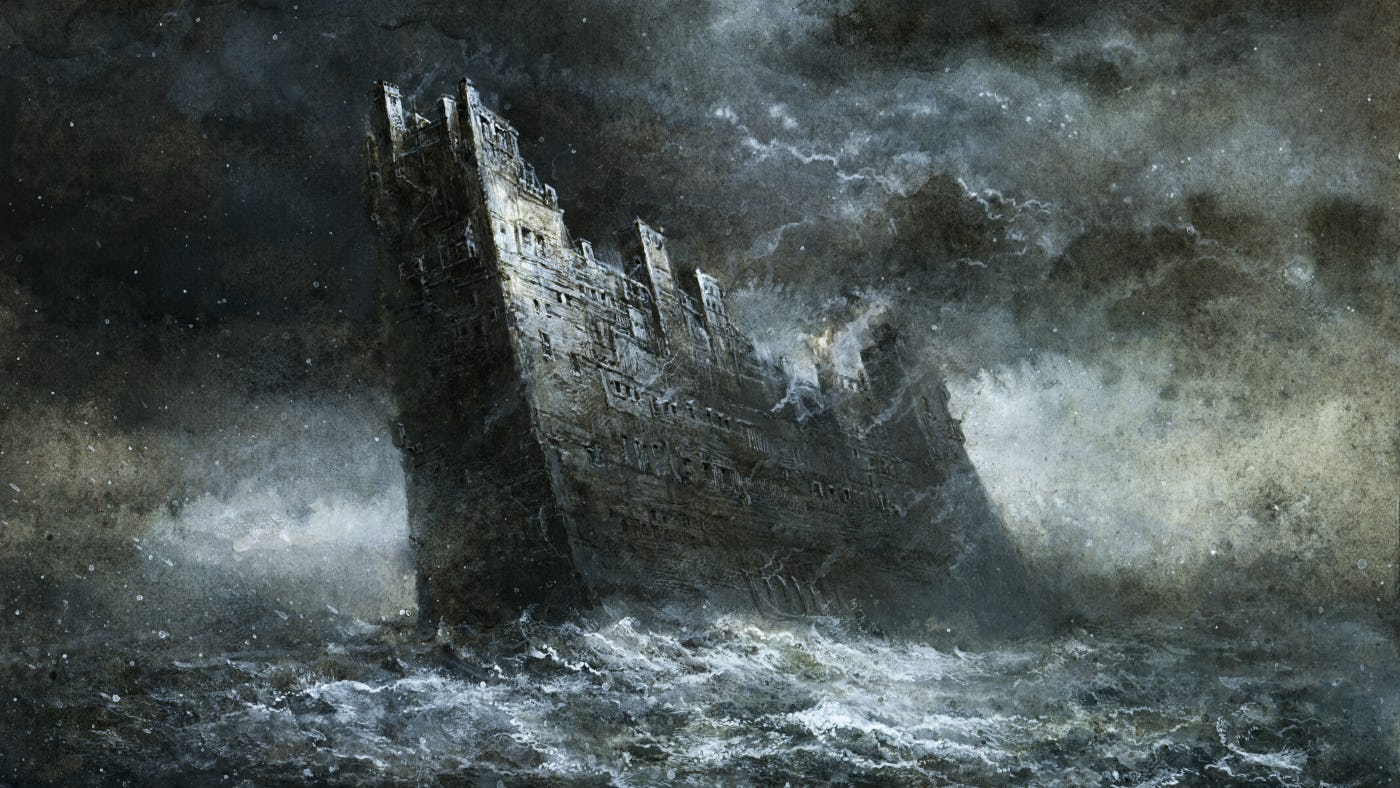 Curse of the Sunken Castle: PDF

Explore a castle that fell into the sea and defy the wild magic that killed its residents!

The characters are asked by a local mage to track down a group of explorers that have gone missing on a recent expedition. This adventure begins on a remote island that makes escaping from it impossible; however, this adventure can easily be transplanted to any coastal region.

Perimus, otherwise known as the sunken castle, is a massive structure haunted by aberrations that were once humanoid researchers. Decades ago, Perimus was subject to a burst of wild magic that tore the castle from its original location and deposited it atop a rocky outcrop in the sea. The surviving inhabitants did their best to adapt to the castle, but lingering magic from the planar shift wrought horrific changes on their bodies, eventually claiming their lives.

Pandora Blair is an academic that's been trapped on the island for several years. She's been observing the unusual magical activity surrounding the island, trying to find a way to escape. She recently sent a research party to an anomaly in the northern bay. They have been gone for over a week, and so she asks the characters to set out on a rescue mission. On their quest to find the lost explorers, the characters may find more than they bargained for.