Vaskil Valley: Wrath of the Wyvern Kings is a Fifth Edition adventure optimized for four to six characters. This book describes the monsters and villains who the heroes of the story—the player characters—must challenge to bring the adventure to its conclusion.

The book presents Vaskil Valley, a region in DMDave’s Omeria campaign setting, as a full “sandbox” within which you can host a bevy of adventures and campaigns. The fundamental details of the setting are included in this book. However, we’ve left plenty of room for you to create your own adventures, campaigns, villains, and epic battles.

A riveting mix of western and fantasy tropes, Vaskil Valley: Wrath of the Wyvern Kings sees a group of characters—native to the region or not—handle the threat of the newcomer Wyvern Kings and their detrimental presence.

Want to get the full story?

The first two chapters of the book (pages 1-80) are totally FREE. You can download them below. This includes all of the adventure's starter quests.

To get the last two chapters and the adventure's exciting climax PLUS four appendices (which includes new monsters, player options, magic items, spells, and more!), you must be a Torchlight Press $7+ subscriber. 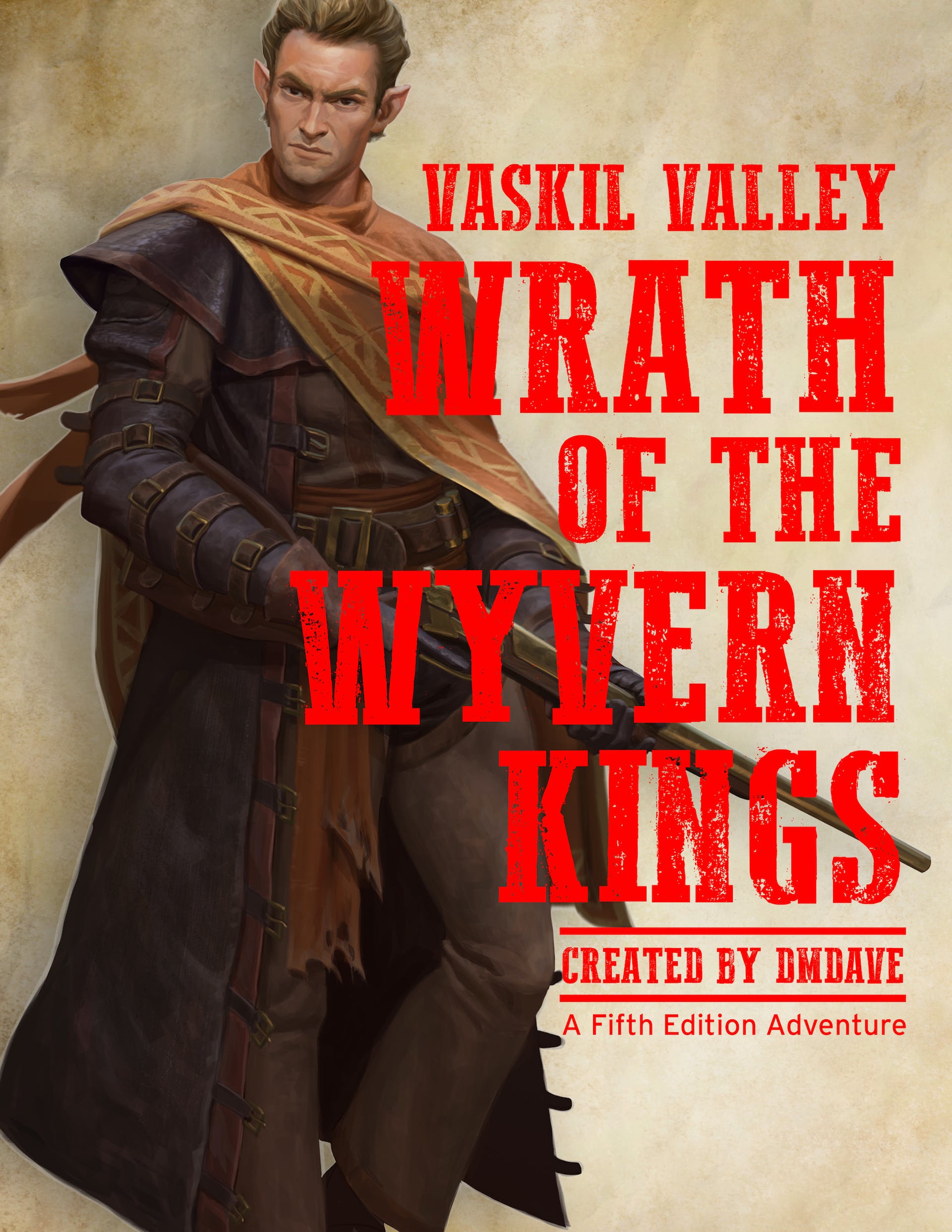 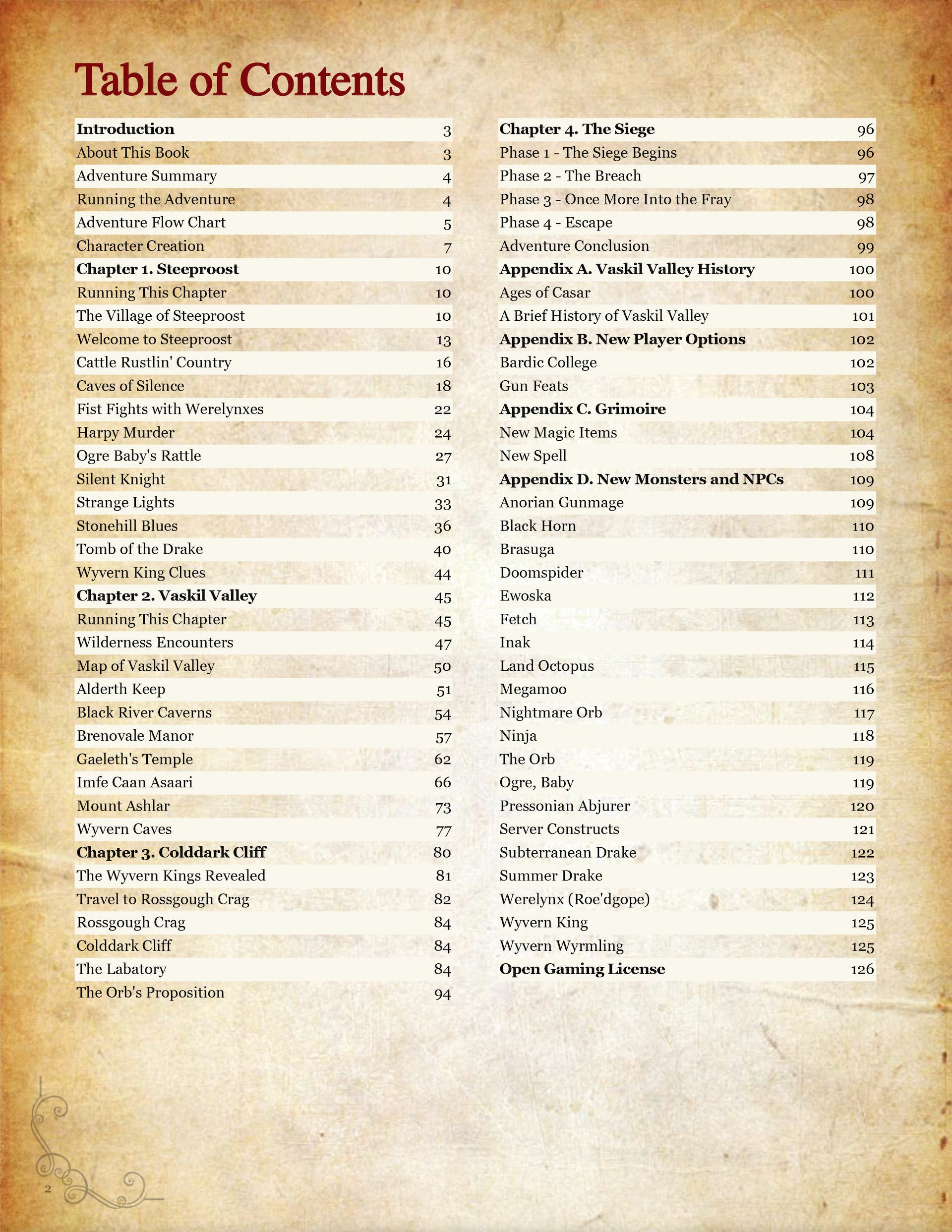 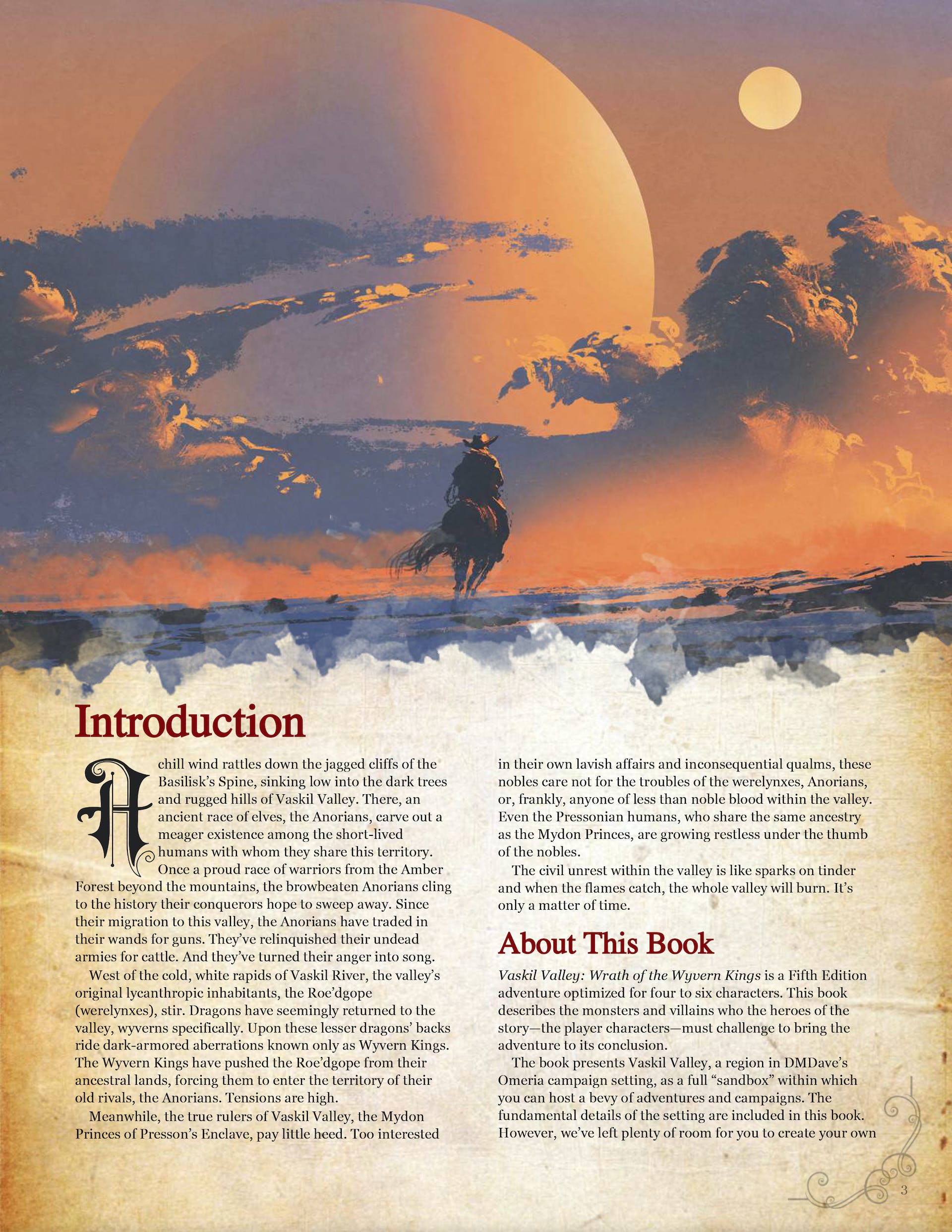 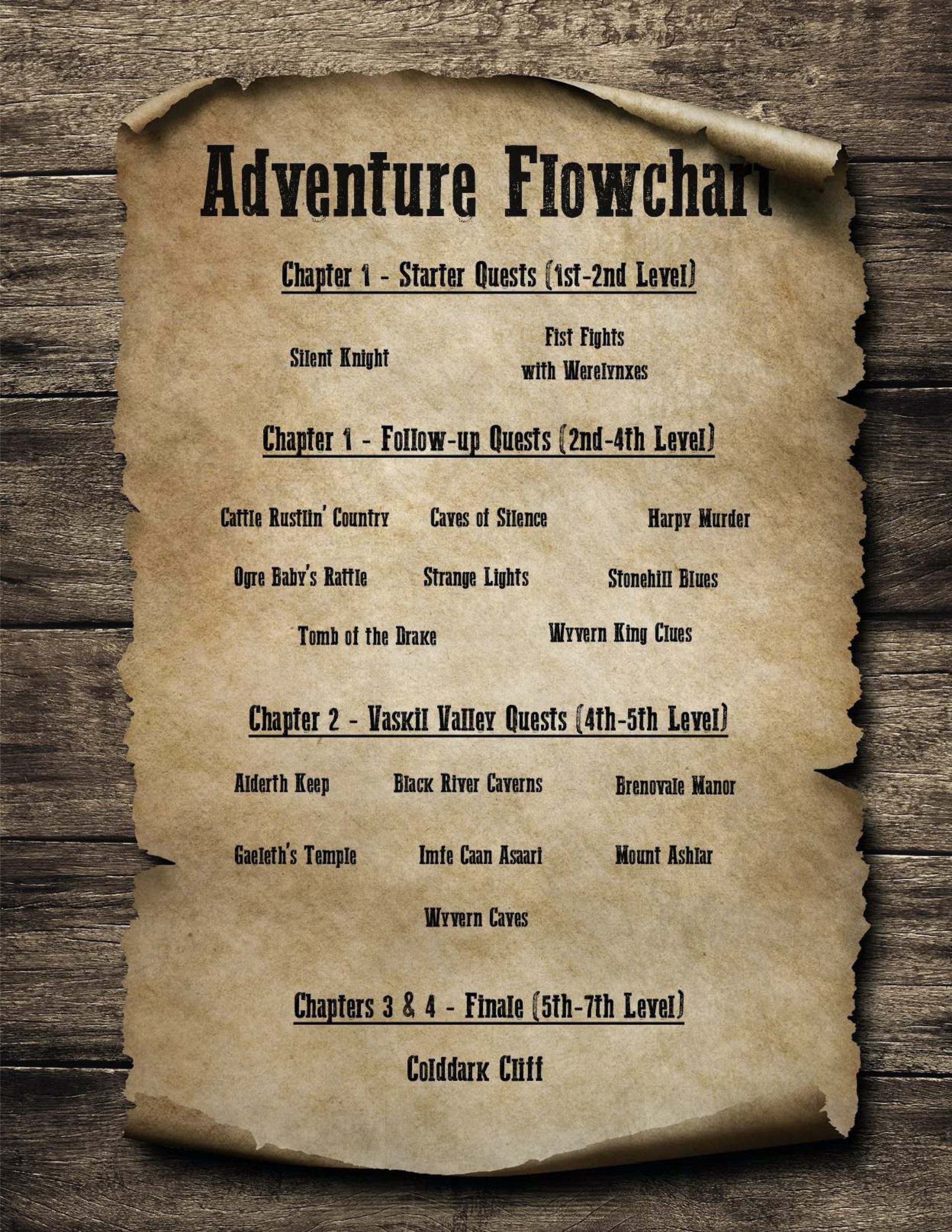 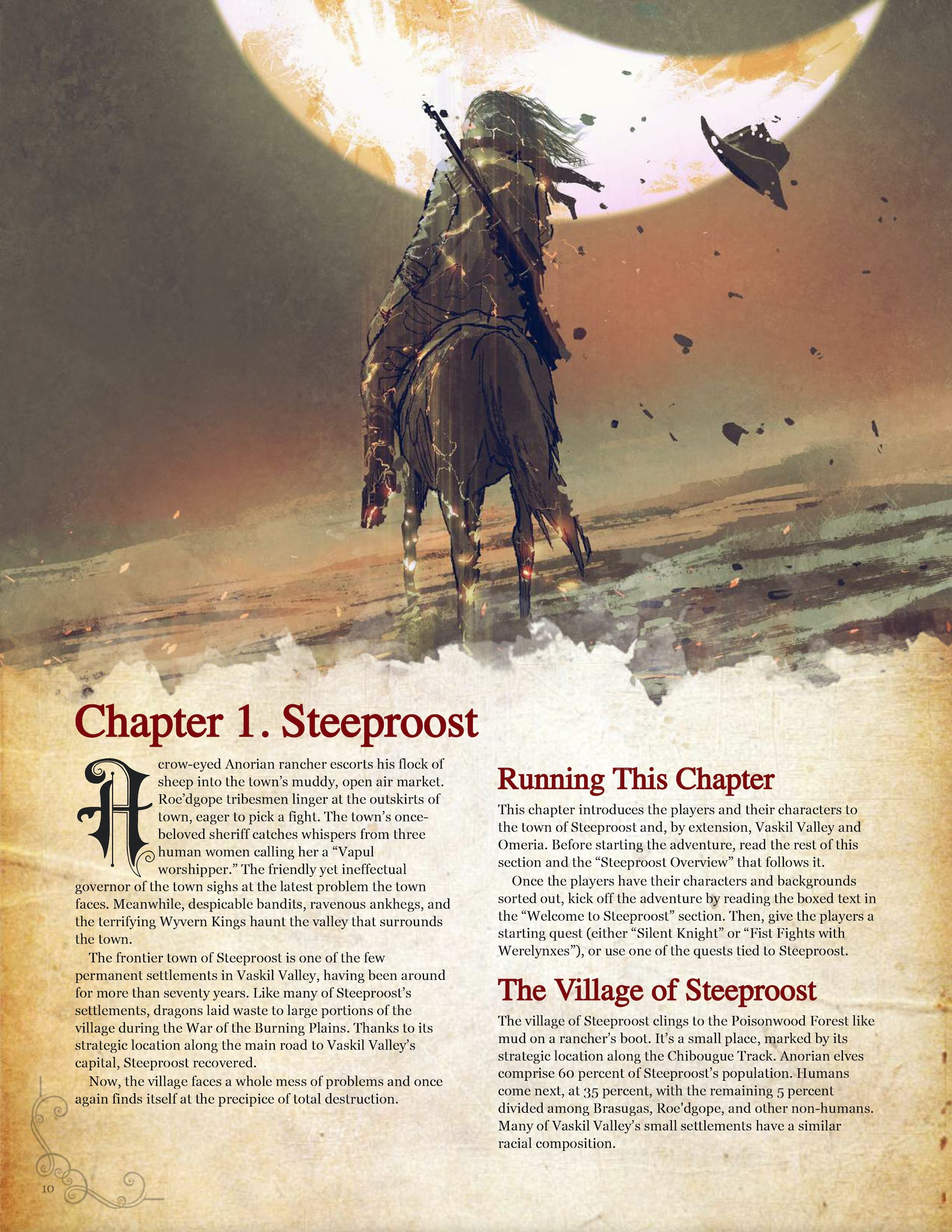 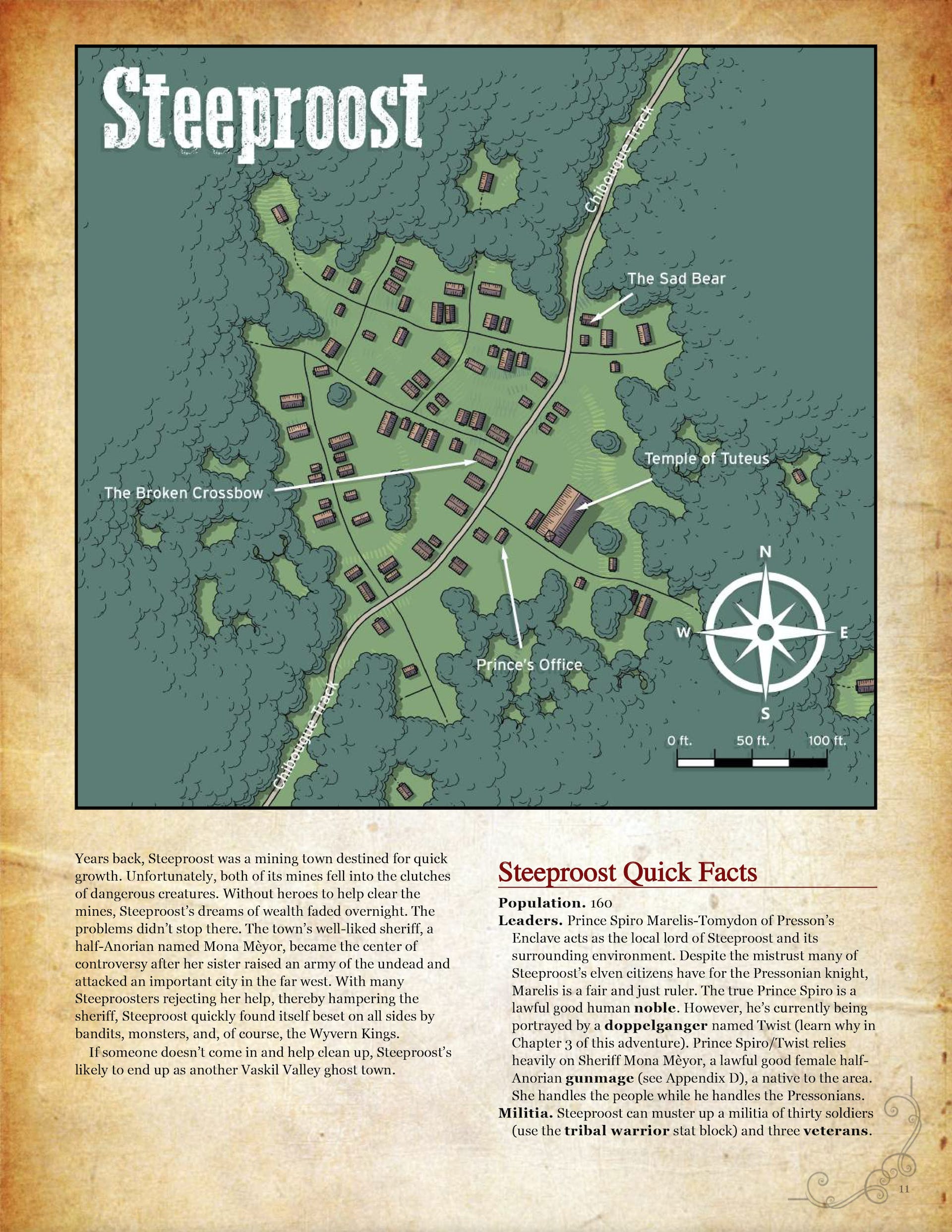 This adventure was brought to you by the following awesome creators. Be sure to check out their individual Patreon/websites/social media to get the full experience of the DMDave Network!