Danger in the Dead Knight

Travel inside the head of an undead paladin to save her from herself!

Danger in the Dead Knight is a Fifth Edition adventure for three to seven characters of 5th to 6th level and is optimized for five characters with an average party level (APL) of 5.

This adventure takes place in a small town that could be transplanted to any fantasy setting. The characters must help an undead paladin deal with their broken oaths. They team up with a cleric that can cast astral projection to go on a journey through the paladin's memories, helping it confront its failures.

Decades ago, the village of Honeywatch was no more than a patch of grass near the thinnest point of a river for miles. Two armies collided here, vying for control of the crossing. One side was led by a young paladin named Lillian Highspark, and the opposition was led by an elven cleric named Mela Stonedane. It was Lillian’s first time leading a larger force and she maneuvered them poorly, resulting in a massacre. She managed to survive but, overwhelmed with grief, she forsook her oaths and abandoned her post. She died without reconciling her actions and rose as an undead, the force of her guilt dragging her beyond the grave.

In recent years, Lillian has been seen and encountered around Honeywatch reliving her failures. She is often accompanied by Mela, who learned of Lillian’s state and returned to Honeywatch to keep Lillian from accidentally hurting more people. 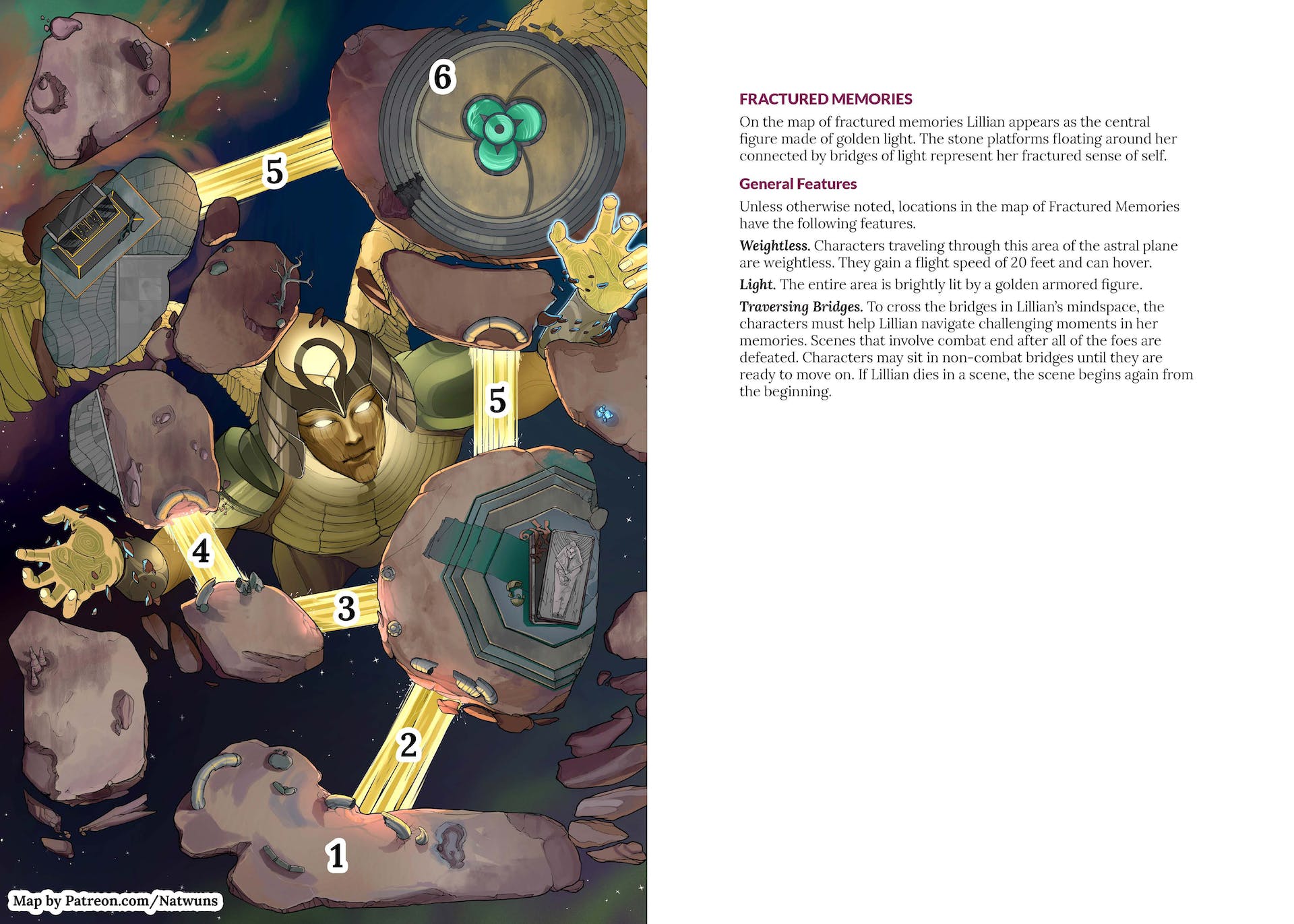 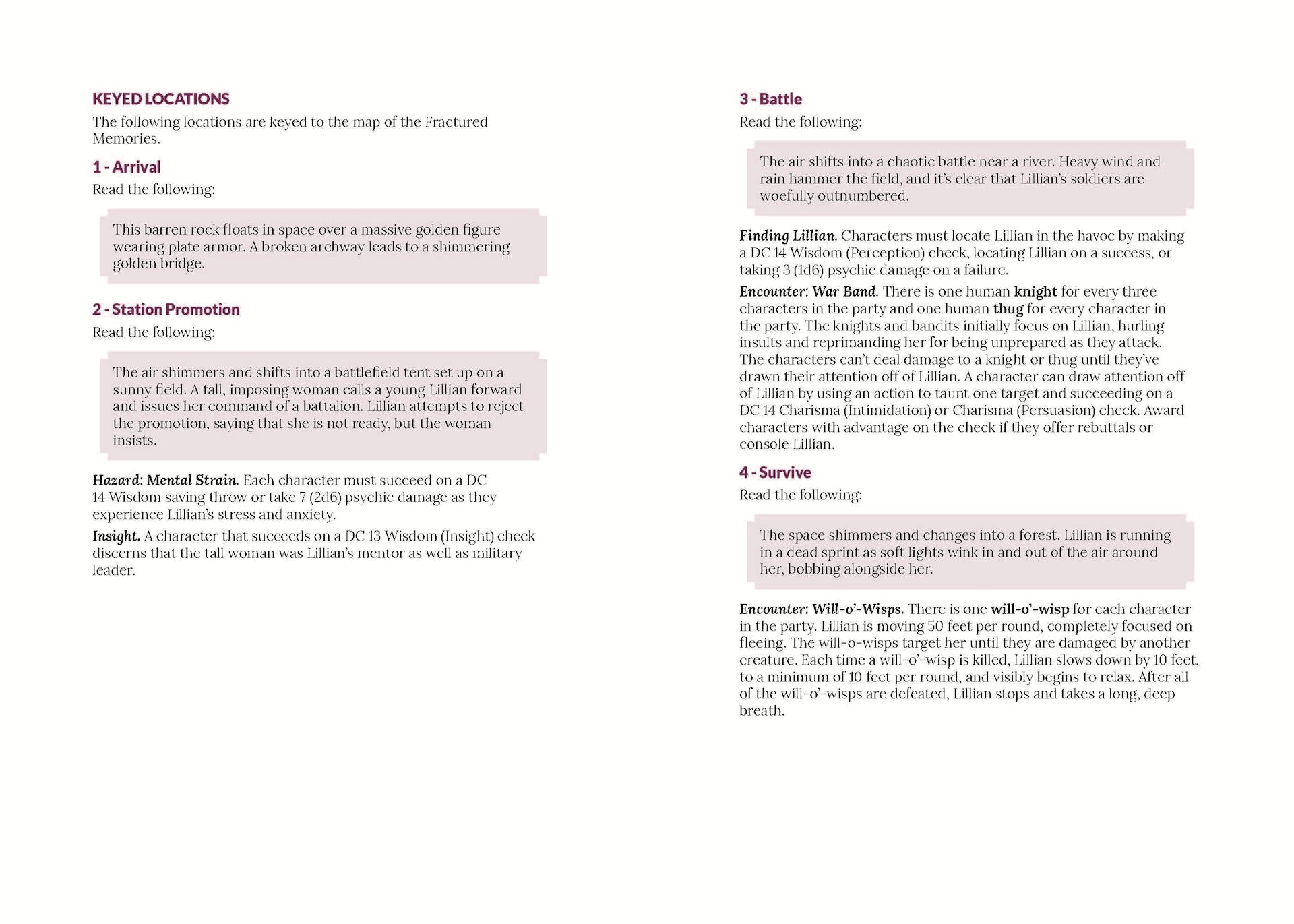