Medusa and the Cursed Forest is a Fifth Edition adventure for 3 to 7 characters of 10th to 11th level, and is optimized for 5 characters with an average party level (APL) of 10. Characters of 10th level will find an encounter with the medusa exceedingly dangerous, but they do not have to fight her.

This adventure takes place in a petrified forest belonging to a powerful medusa. The forest can be placed in any campaign setting with uncharted wilderness. Additionally, the forest beasts could be swapped out for new creatures to fit a different biome, such as high in the mountains or near a desert.

Once a faithful young acolyte to a goddess of war, Acantha tended to her god’s temple diligently and without protest. One fateful evening a rival god appeared and wrought destruction on the temple. Rather than take pity on Acantha, her goddess cursed her with the powers she is now feared for: her petrifying gaze and the mass of writhing snakes that protrude from her head. Little known, however, is that the curse also bound her life to the broken temple; if she strays from it for too long, she grows weak and begins to die.

In the millenia since she was cursed, her presence has imbued the surrounding forest with its own petrifying magic. Creatures that enter the depths of the forest risk being turned to stone by the latent magic and for each creature petrified, the forest grows further outward.

Now, Acantha is known as the Lady of Sorrows 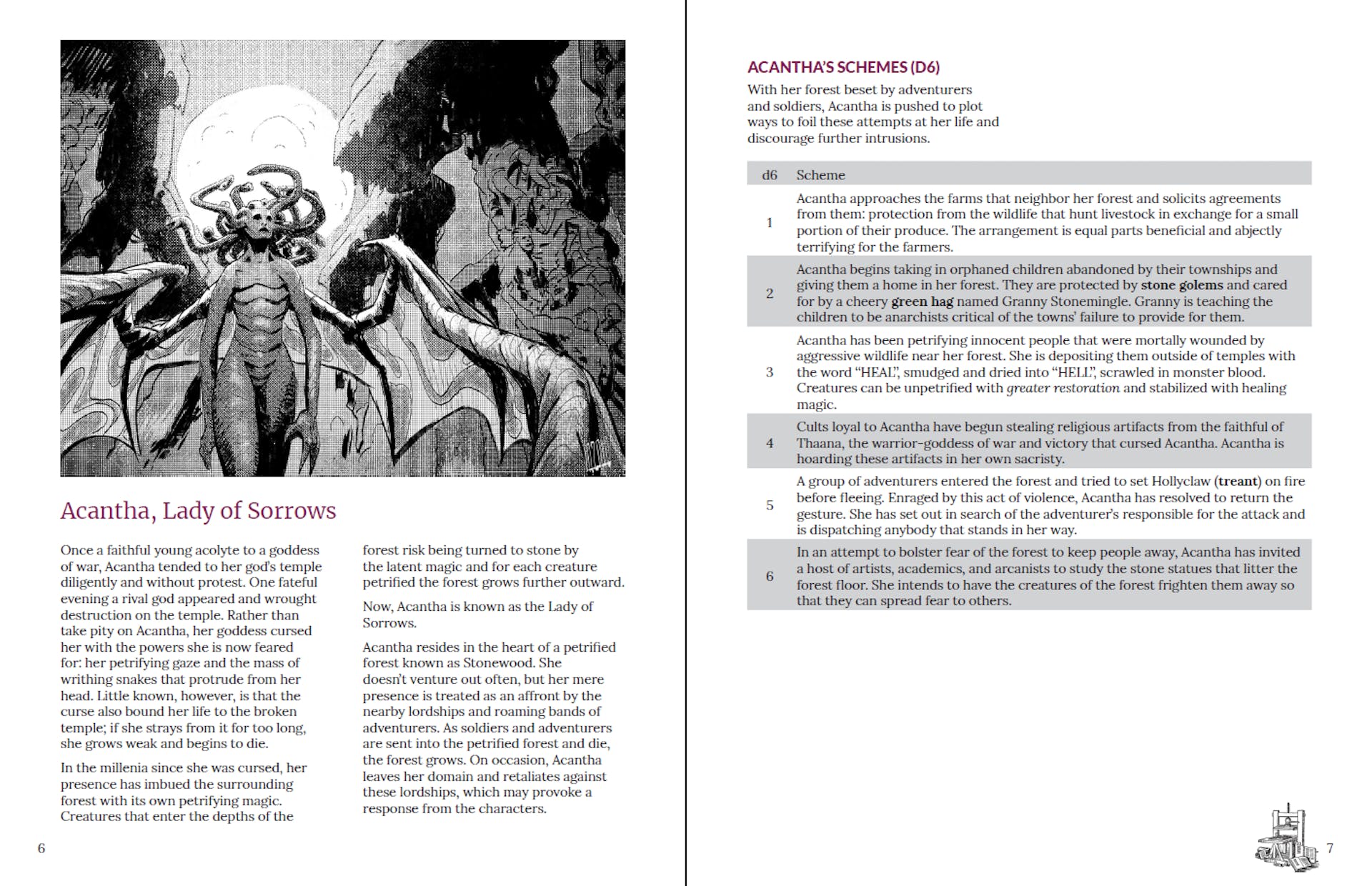 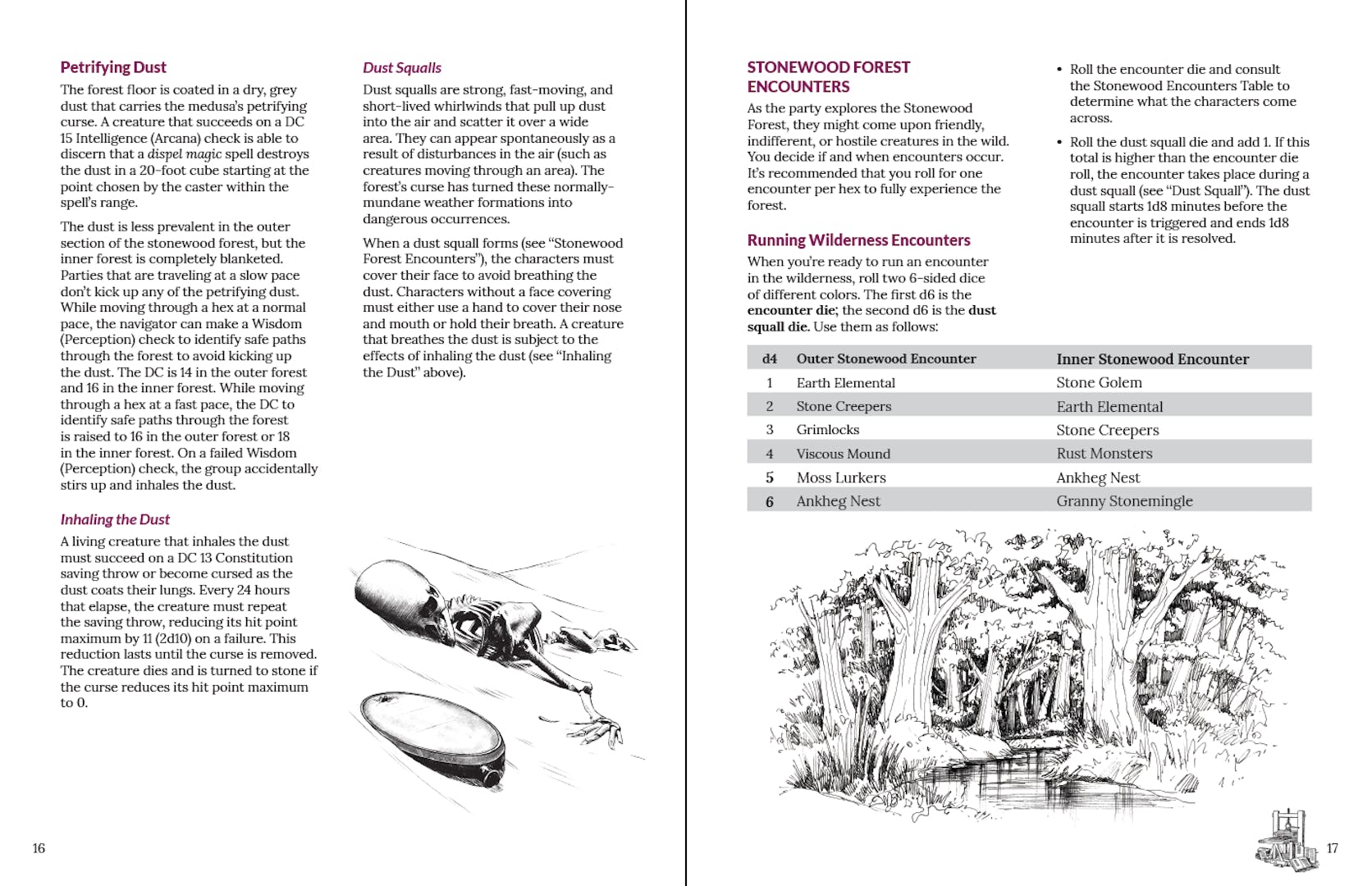 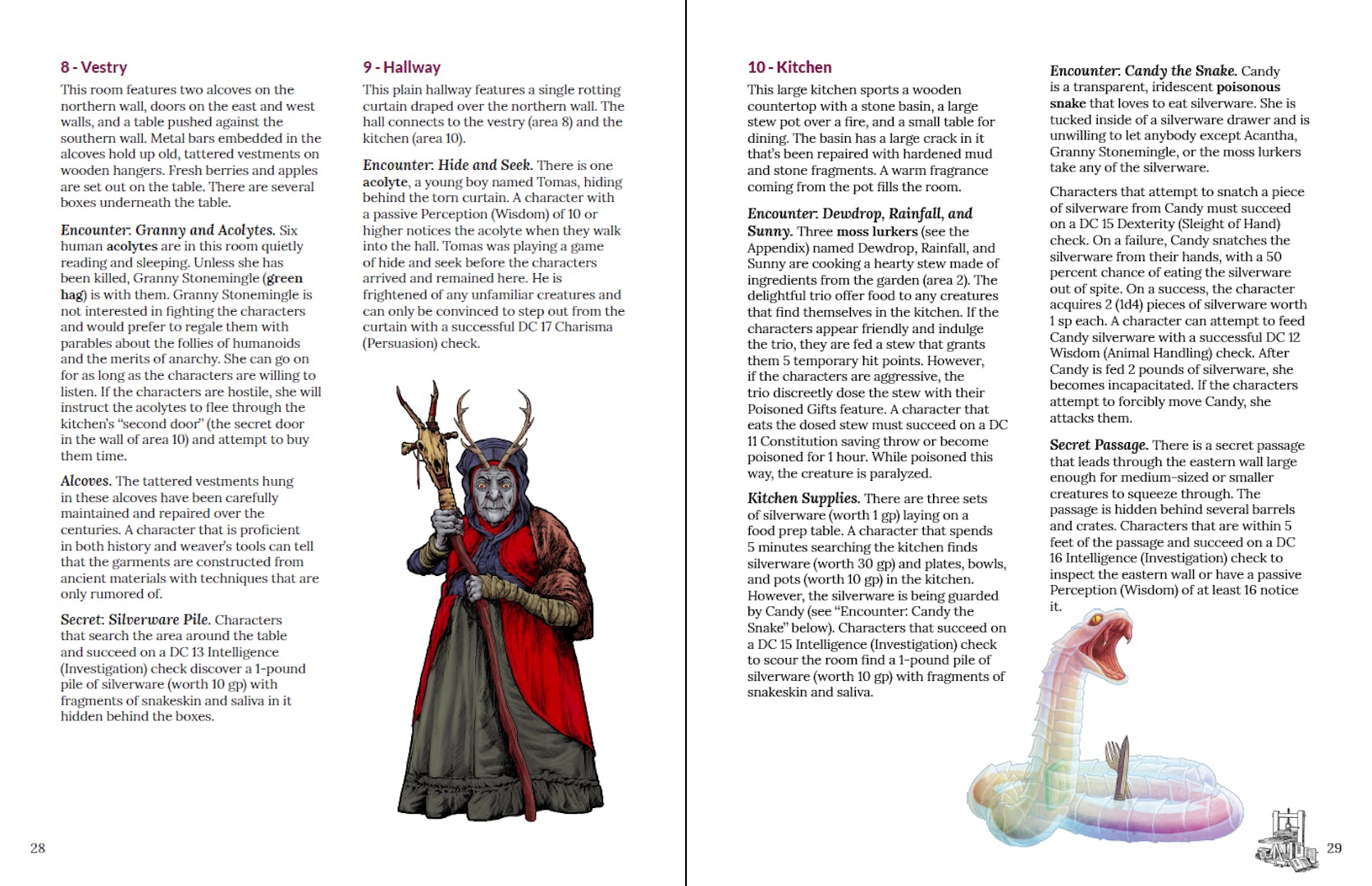