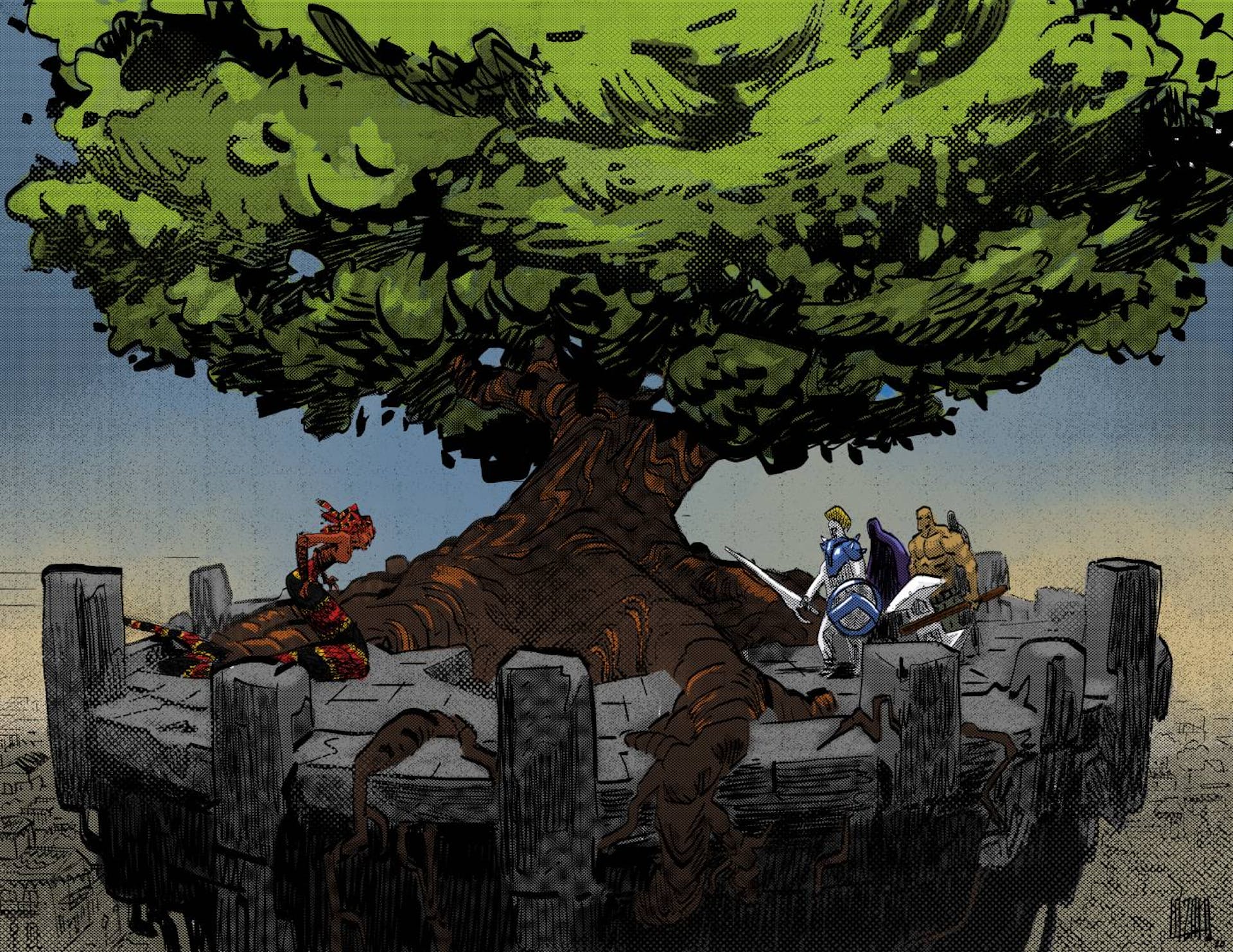 Snakes in a Bar
A demonic lamia is running a bar, kidnapping patrons, and gathering information for greater demons!
Subscribe to UnlockRoll20

The Frightened Flower was built decades ago by a peculiar wizard whose name has been lost to history. All that anybody remembers is that she had a black thumb when it came to plants and was extremely protective of the only plant she ever successfully kept alive: the tree at the center of the tower. After the wizard passed the tower changed hands several times before eventually falling into Minetta’s possession.

Minetta, a stout human woman with short black hair and a stern gaze, is the bar’s current owner. She and her staff got along well before the demons showed up and displaced everybody. Minetta managed to escape, but some of the staff ended up trapped under the effects of geas, performing the demons’ bidding.

Now, the lamia Castys, disguised as Minetta, and her minions have taken over the bar. The information they gather from loose-lipped patrons is sent to a marilith named Ar’al to aid in further corrupting the city. Ar’al is a powerful marilith demon, the characters can face off against her in Snake Queen’s Lair. 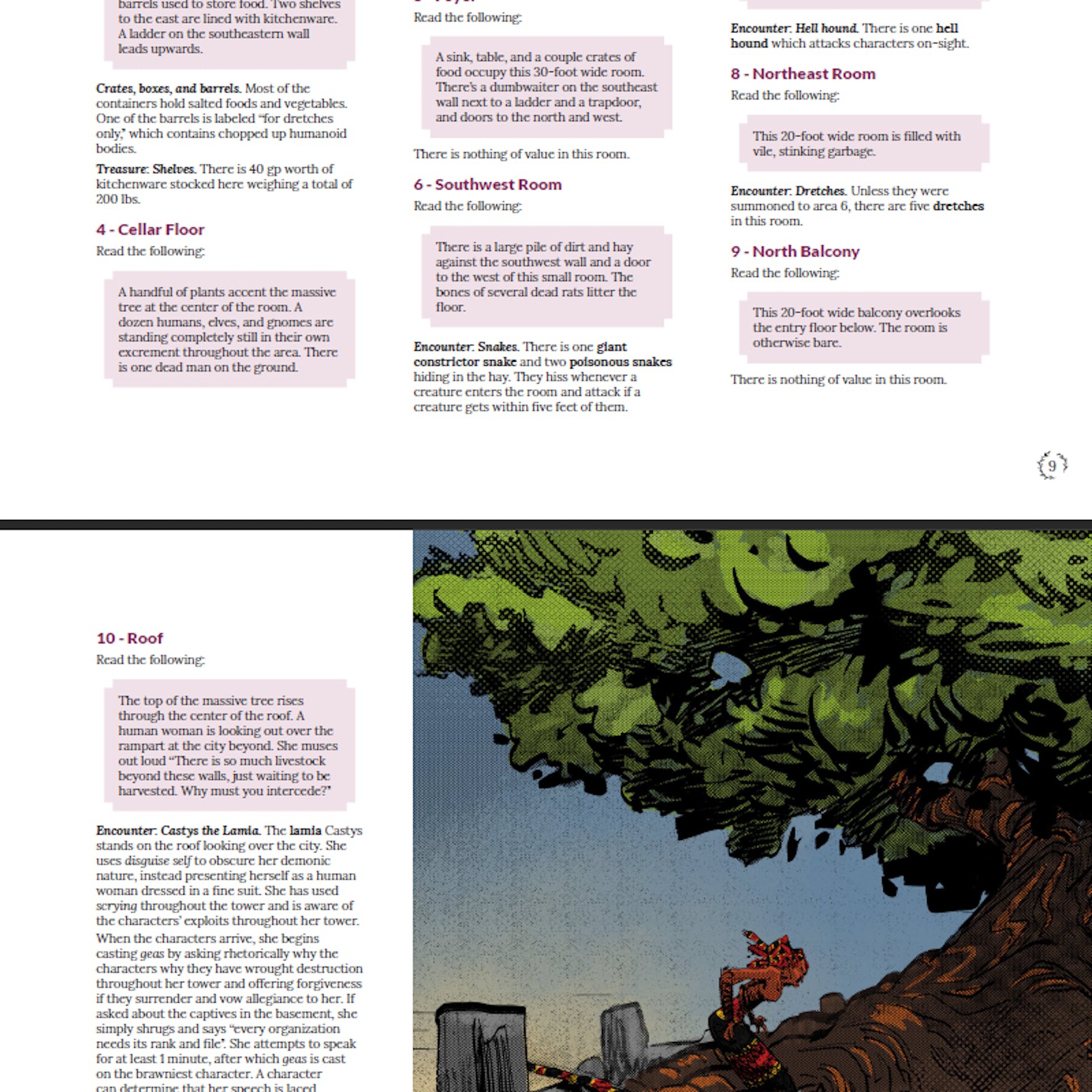 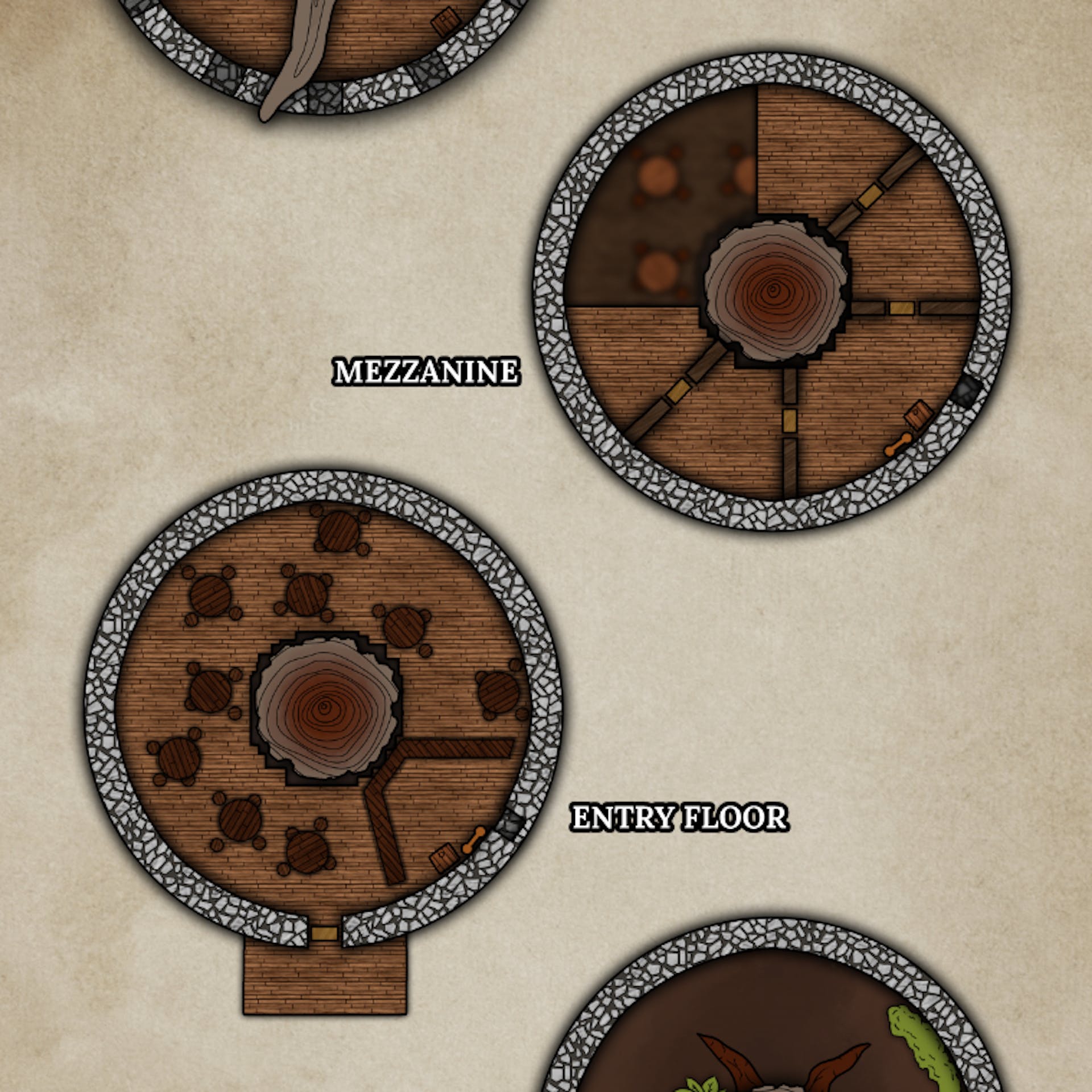